Ann Cherry is the founder of Carolina Junior Cotillions- Goldsboro Chapter. Her career in dance began long before CJC. As a child, Ann studied classical ballet, and later minored in dance from East Carolina University. Pursuing her dream to share her love of dance with others, Mrs. Cherry founded Carolina Junior Cotillions in 1981. Her Cotillion program began in Kinston and soon expanded to serve Goldsboro, Wilson, Greenville, and Wilmington. Mrs. Cherry currently offers Cotillion for students in the 5th, 6th, and 7th grades in Kinston.   Mrs. Cherry continues to study with professional dance instructors.  In 2008, Mr. and Mrs. Cherry attended the Brigham Young University’s acclaimed Adult Ballroom Dance Camp.

In 1995, Mrs. Cherry attended the Protocol School of Washington®, where she was certified as an Etiquette instructor, specializing in basic dining skills to children, teens, and adults.  Later she spun off a new segment of her business to create Carolina Protocol.  These programs are custom-designed classes held across North Carolina that share how important these skills are, as well as how important it is to treat others with respect and dignity. 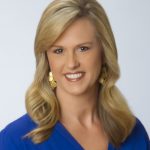 Felicia Pressly joined the Carolina Junior Cotillions team at the beginning of the 2006-2007 Cotillion Season.  After training with Mrs. Cherry for more than ten years to learn the Cotillion business, Mrs. Pressly assumed ownership of the Goldsboro Chapter of Carolina Junior Cotillions in the summer of 2018.  She continues to partner with Mrs. Cherry in business administration to continue the 30-year legacy established for the children of Wayne County.

Mrs. Pressly worked as a Cotillion Marshal in high school after moving to Kinston from Charleston, S.C. where she danced for sixteen years.  As a young girl, Mrs. Pressly’s mother encouraged her to “Dance as if no one is watching”; and after participating in Cotillion herself, Mrs. Pressly added to her mother’s advice—“But prepare as if the world is your audience!”

Mrs. Pressly has partnered with Mrs. Cherry and the Carolina Junior Cotillions team to transform many shy, self-conscious children into confident, mannered teenagers.  Mrs. Pressly provides a fun and safe environment where boys and girls learn to navigate social and dance situations with courtesy and respect in order to build their confidence and self-esteem.

Mrs. Pressly graduated from East Carolina University (Greenville, N.C.) with a degree in Child Life.  She is married to Kinston native Jim Pressly, and they have recently moved to Morehead City, NC. They have three children, Britney married to Robbie Beeker; Justin married to Jessica Hardin; and East Carolina University student Tyson.  They also have two granddaughters, Farrah and Chandler. Mrs. Pressly, her husband, and daughter-in-law all participate in the implementation of the Goldsboro Cotillion program.  Mr. & Mrs. Pressly enjoy social dancing, and pride themselves in passing their love of dance to their children. 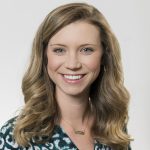 Jessica Pressly joined the Carolina Junior Cotillions family in the 2013-2014 Cotillion Season.  Mrs. Pressly provides dance instruction for Cotillion students and coordinates the Cotillion Marshals volunteer program.  As a life-long dancer, Mrs. Pressly spent most weekends in dance competitions and recitals.  During her time in the dance studio, Mrs. Pressly mastered the technique, poise, and confidence needed to be a successful dancer.  More importantly, she (now) realizes her dance training played an integral role in building important character skills such as dignity, respect, and teamwork.  Mrs. Pressly looks forward to developing and instilling these characteristics in her Cotillion students, while also teaching them how to let loose and have fun!

Mrs. Pressly is married to Kinston native and Cotillion “graduate” Justin Pressly, and they live in Morehead City with their daughter, Chandler.  Mr. and Mrs. Pressly can be found most nights dancing about their house with Chandler as she seems to have acquired their love of music and dance as well!

REGISTRATION UPDATE: Due to circumstances surrounding COVID19, invitations for the 2020-2021 Goldsboro Cotillion Season will be mailed in JULY. On-line registration will open July 15, 2020. You may access the 2020-2021 event dates in the 'Schedule' tab below. If you have questions about our program or would like to receive an invitation, please contact us at goldsboro@carolinacotillions.com.